Show recorded at the Seine Musicale on September 22nd 2020

In 2017, Arthur H unveiled a new song called "La Boxeuse amoureuse" (The Boxer in Love) and accompanied it with a remarkable video in which Marie-Agnès Gillot and Roschdy Zem confronted one another in the boxing ring. Three years later, as part of a Carte Blanche dedicated to Arthur H, the musician and the prima ballerina expanded the song into a show in its own right at the Seine Musicale.

At their side, the boxing champion Souleymane Cissokho, the sportsmen Staiv Gentis and Tom Duquesnoy and the instrumentalist Nicolas Repac. Each with their own very distinct style, these six star performers combine music, dance and physical prowess to create a complete event. Together, they invite us to discover a symbolic fight, woven from emotion and ambiguity. 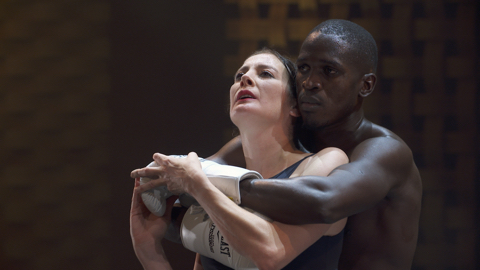