Beethoven spent the summer of 1812 in Bohemia, in the spas of Teplitz and Carlsbad. It was in Teplitz, where he wrote his famous love letter to his "Immortal Beloved," that he composed most of the Eighth Symphony, continuing immediately on from the Seventh.
The symphony is distinguished by its simplicity and its overall duration, which returns to the classical proportions of the First Symphony. Only the finale brings a little extravagance, contrasting with the conventional form of the first three movements. More modest, it also presents an interesting solo treatment of the instruments. 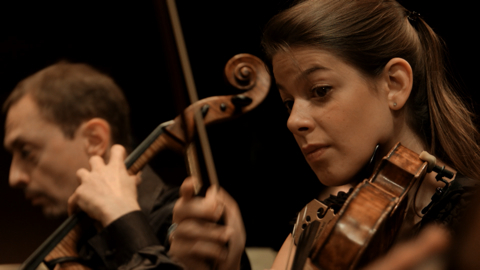