Although still in the style of Mozart and Haydn, the audacious form and orchestration of Beethoven's First Symphony marks a turning point from the classical technique.
The third movement, classical manner "menuetto", is close to a Romantic scherzo: the tempo is much faster than a traditional menuet. The symphony was initially criticized for heavy musical score, particularly in the winds, but was acclaimed by audiences and quickly became one of Beethoven’s most popular works. 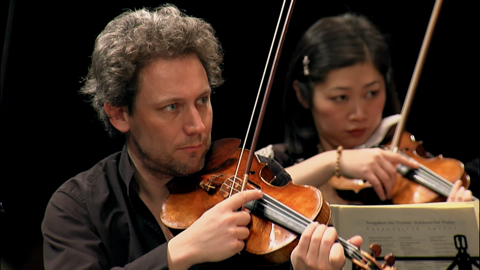