Having played in several groups in France, Romain Panizzi (Biscotte on stage), accompanied by his guitar, performs his funny and offbeat songs, composed around the trials and tribulations of everyday life, in a highly original musical one-man show.

From driving lessons to terrible gifts, from the Middle Ages to meeting his first girlfriend, Biscotte sweeps us along with his resolutely joyful and self-deprecating songs. A delightful surprise! 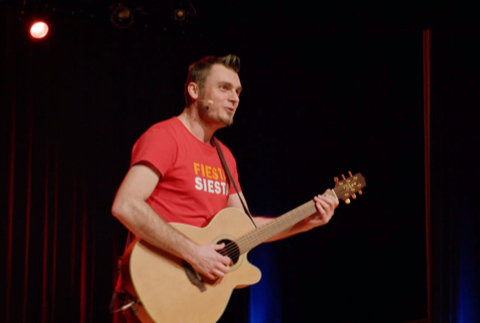