The violinist Théo Ceccaldi is given carte blanche with this three-part evening, alongside Joëlle Léandre, Daniel Erdmann and Daniel Humair
Awarded the title "French Revelation of the Year" in 2014 and "French Musician of the Year" in 2016 by Jazz Magazine, with his 2017 jazz victory as "Revelation of the Year", Theo Ceccaldi has established himself as one of the most singular voices on the new European Jazz scene.
Collaborating extensively with a multitude of groups and renowned musicians, he has also released two albums with his trio on the Ayler Records label.

Concert recorded on April 25, 2018 at the Scène Nationale d’Orléans as part of the Jazz Jazz Jazz Festival 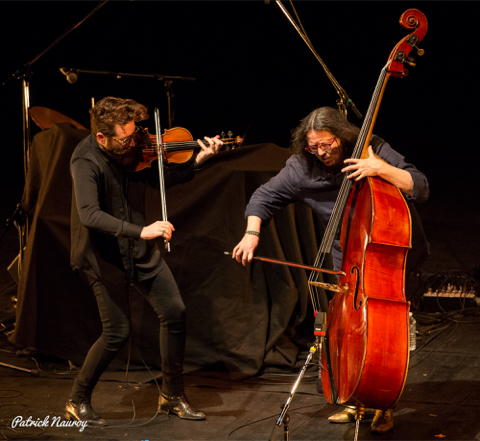