CHEYENNE is the spirit of rock tinged with the madness of pop. It’s also a blast of energy that takes your breath away!

The singer Cheyenne has teamed up with three highly talented musicians: guitarist Swan Vaude, who has accompanied many artists on stage and in the studio; Nicolas Lhenry, former member of Monkypolis and Della Gloria; Christophe Mamola, session and live bassist.

Coming straight from the French music scene, with influences ranging from fusion to hard rock via pop, they join Cheyenne to create a fresh and electric pop-rock sound. 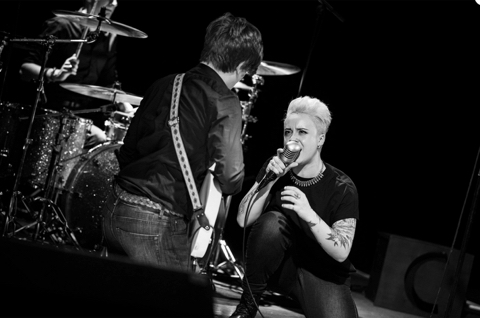