As part of « Cinema of our time », a series of conversations conducted by André S. Labarthe.

Jean Narboni, historian and critic, and Adolfo Arrieta, French film-director of Spanish origin, review the cinematographic career of Adolfo Arrietta during a meeting in Montreuil. André S. Labarthe films them, while contributing to the discussion.
In a strange set, a fake living room letting the shooting tricks show, two men set around a table are talking together. A long discussion about cinema, past and present, Arrieta's works, also his life. Different protagonists are turning up into this theatrical set, as if they went through there by chance. 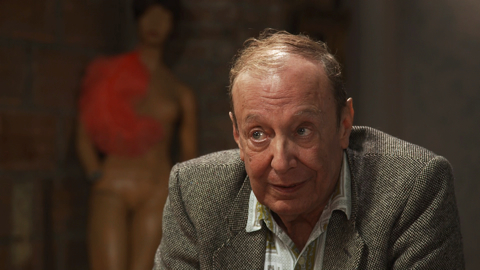