Colours in the Street is part of the massive, powerful pop movement made for major venues. At only 26 years old, these multi-instrumentalists have already achieved considerable success with several EPs and an album and racked up more than 200 live shows in France and around the world.

Aided by the singer's unique voice, the emotional power of their sensitive, colourful and catchy melodies is taking Colours in the Street off on another international tour... 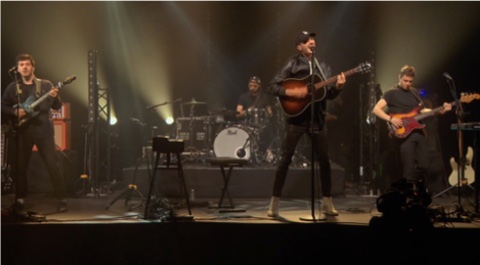