Programme :
HANDEL : Samson
Handel’s oratorio Samson tells of the last days of the great Israelite warrior, in a dramatic story of his journey from darkness to heavenly light. Opening with Samson in chains, having lost his strength and been blinded by the Philistines, it closes with one of Handel’s most famous arias, ‘Let the bright Seraphim in burning row / their loud, uplifted angel-trumpets blow’. Composed within a few weeks of Handel’s Messiah and based on a text by John Milton, it became one of Handel’s most successful and popular oratorios. 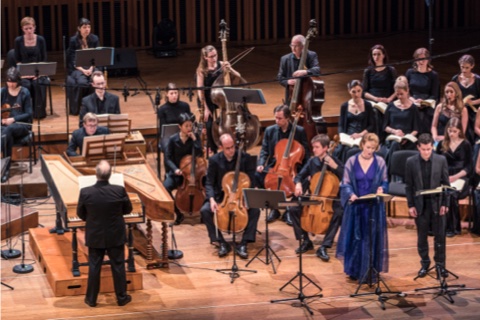