EUSKARA is a journey through the North Basque country (the French Basque country) reaching out to meet the “Euskalduns” « those that own the Basque », which is around 25% of the Basque speaking population living according to the ancestral culture and who made the decision to speak and transmit their language the “Euskara”.
Many Characters emblematic of the North Basque country express themselves: Amaiur Alfaro, skipper, unique Basque participant to the famous “Solitaire du Figaro” ; Itxaro Borda well known writer of Bayonne ; the historian Peio Etcheverry Aintchart ; Mikel Erramouspé, president of the Basque Cultural Institute, or the musician Mixel Etxekopar. Beside them, not so known persons like Peio land less Shepherd Urepel or Marcotx and Denise students’ parents in ikastola. All tell us about their deep attachment for the land they live on, to their language they keep alive, their hope for the future of their Basque culture. Through their voices take shape the portrait of a people living in its time, foot on the ground, eyes looking out at the mountains and the ocean. 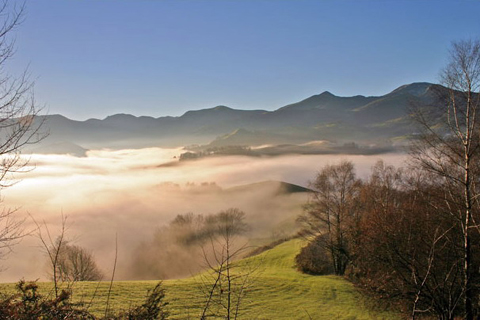