Extreme Adventure is a collection of 52-minute docu-reality shows, which take an original look at remote parts of the planet.
In this action-packed show developed by Puzzle Media, Taïg Khris turns reporter, explorer and witness as he tries his hand at some spectacular traditional activities. Living within the community, he immerses himself in the local customs and life-style and is initiated into a wide variety of highly unusual pursuits by the locals, who act as coaches and guides. Encounters, challenges, action and discovery combine to form a series of adventures that are both human... and extreme!
French athlete and triple world ramp-skating champion Taïg Khris has broken more records than anyone else in extreme sports. Despite the “extreme” image associated with his performances, he has always promoted the values of hard work and perseverance.
Extreme Adventure is a fantastic opportunity for him to share his passion for travel and exploring the remotest corners of the world. 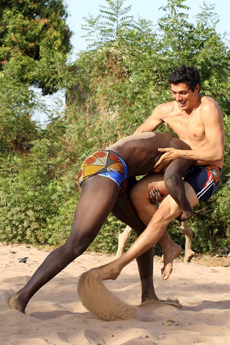