This is the story of a son who wants to save his father.

His name is Mohamad, he is 18 and now lives in the south of France with his parents and little sister. After surviving the Syrian war and a perilous crossing of the Mediterranean on a makeshift boat, his family testifies to the possibility of rebuilding a life in exile.

Knowing nothing about France when he arrived, the teenager was confronted with another culture, another language and another life. But he took control of his own destiny and became the one who would alleviate his father’s suffering and restore his dignity.

FAR AHEAD is a unique and moving film that is told from a child’s point of view. As he grows up and flourishes in his new life, Mohamad presents us with a different perspective of the refugee tragedy.

But going far beyond that, the universal values conveyed within this story will make us question ourselves and strike a chord within us all. We all come from families that have endured hardships, which have made us what we are today. But how do we deal with adversity? How do you stand firm when everything around you is falling apart? These are the questions posed by this documentary film.

Caught up in his destiny as a teenager, Mohamad had a thousand reasons to give up, to capitulate in the face of hardship, to let himself go under. But he always looked to the future and stood firm, supporting his parents. And gradually, he began to dream that another life was possible.

Mohamad is a survivor. His courage, his personal journey and his resilience are all part of the great story that brings us together and helps us to form a society in the same land. 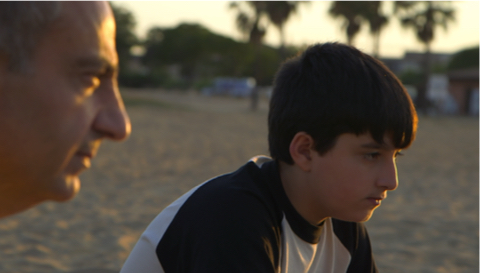