At the beginning of 2012, Lakshmi Mittal, the owner of the world’s largest steelmaking company, announced the closure of the last two steel factories in the Fensch Valley in Lorraine, France. For the employees, this news came as a declaration of war. Aware of the media opportunity provided by the presidential elections, they demanded specific commitments from the French government. At the head of a handful of steelworkers, Edouard Martin, the good-looking, straight-talking, charismatic leader of the CFDT union at Florange, became the spokesman for the Lorraine steelworks. The resistance and struggle of these workers punctuated the last months of Nicolas Sarkozy’s presidency and marked the beginning of François Hollande’s term of office.

The workers in Florange have brought the industrial crisis in France into the public arena. The men have become the embodiment as well as the depositary of the nation’s concerns about the decline of their factories. They are also the standard bearers of another reality: the powerlessness of the government against the interests of the economic world.
Looking back over the history of the steel industry in Lorraine and through the real stories and events of Florange, the film asks the questions embodied by these resistant workers: Why is the steel industry in crisis and how can it be saved? Can the promise of re-industrialisation be kept? Who decides the future of the industry and its workers today? How has France gone from being a major player in industrial policy to a powerless State? What role has the European Community played in this relinquishment? Can Politics regain power over Economics? 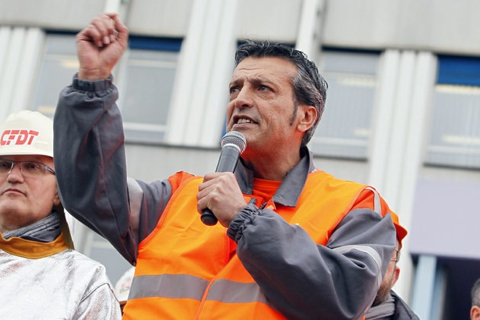