François Gabart is a rising star in the firmament of offshore yacht racing. In November 2012, he took part in his first ever Vendée Globe.
After a thunderous debut in the Figaro class (French single-handed offshore racing champion in 2010), it was at the helm of his brand new 60-foot Imoca, the “Macif”, that he set off on this prestigious single-handed race.
This film follows the young skipper’s adventures through the training sessions, the preparation at Port-la-Forêt and of course the race itself, with his triumphant arrival on the 27th January 2013 as the winner, at the age of 29, of this single handed, round-the-world, non-stop and unaided yacht race, which he completed in a record 78 days, 2 hours, 16 minutes and 40 seconds! 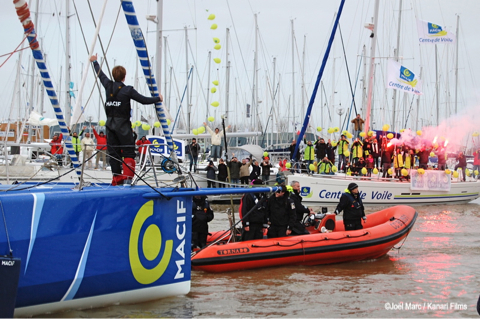