Adventures and explorations in Himalaya and Canadian Great North. A documentary series drove by Jean Troillet, the Swiss mountain guide and veteran climber who made the achievement to climb 10 peaks over 8000 metres without oxygen.

GREENLAND, WHY NOT ! – 26’ (2016)
The team leave Tasiilaq for a new expedition in order to familiarise themselves with the polar region before their expedition to the South Pole in 2016: getting onto the ice cap to traverse the giant Helheim glacier, "the world of the dead "in Norse mythology.
The 70km stretch of white on the map is in reality a 70km maze of crevasses. A mountain range with strange names, such as the Why not glacier, the Franche Comté, Paris and Champs Elysees glaciers...
BYLOT ISLAND – 27’ (2013) 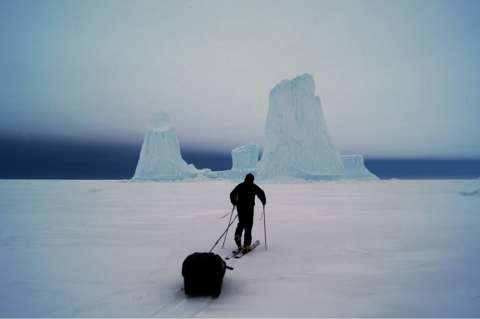