There’s a mystery surrounding Jacques Tourneur. Where does this belief in the invisible world and the supernatural come from in a director so firmly anchored in reality?
When Jacques Tourneur said in an interview that many people live in fear and don’t know it who could have imagined that, despite his apparent serenity, his films are a way to exorcise the constant fear in which he lives himself?
Along with a portrait of Jacques Tourneur as seen through his films, this documentary is also an investigation into the filmmaker’s inspiration, through interviews with celebrities passionate about his work - NT Binh, Franck Lafond, Joel Farge, Serge Le Perron, Gilles Menegaldo, Pierre Rissient, Philippe Rouyer, Dominique Rabourdin and Bertrand Tavernier - but also the psychoanalyst Roger Dadoun. 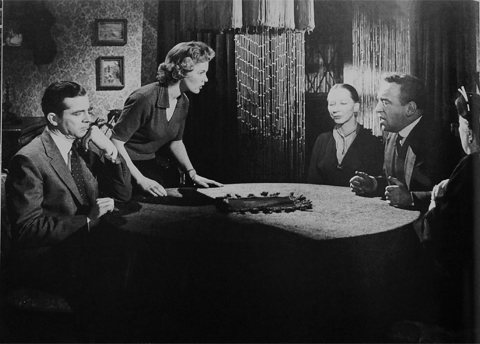