On the stage of the sumptuous Monaco Opera House, Jane Birkin pays tribute to Serge Gainsbourg on the 20th anniversary of his death. For the first time, Charlotte Gainsbourg joins her mother on stage, as well as singers Abd Al Malik and Miossec.
She is accompanied by the Japanese musicians she met during a charity concert in Japan, following the Fukushima disaster : pianist Nobuyuki Nakajima, violonist Hoshiko Yamane, drums Ichiro Onoe and trumpet Takuma Sakamoto.
Jane was Serge's muse and this special concert is a reinterpretation of his repertoire : a concert full of emotions. 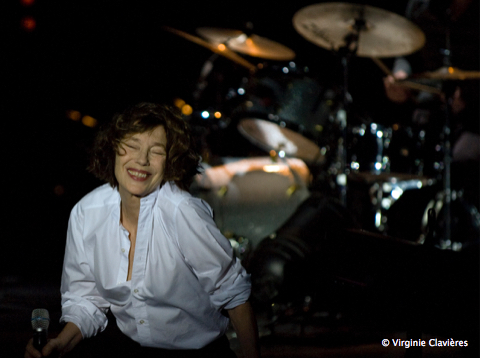