Now that 75 years have past since the discovery of the Nazi concentration camps, how can the Holocaust be explained to the teenagers of today? Can it be relevant to them within the turmoil of adolescence?
Over the course of a year, the film follows a class of 15 year-old students in a school just outside Paris, as they work on a group project investigating the life of a single Jewish victim of the genocide. Leo Cohn was a German Jewish refugee who became part of the French resistance.

As the group project develops, the film chronicles the personal paths of the students. Caroline, Sarah, Mory, Mauricio, Salomé and Guillaume are torn between having to accept their family’s heritage and needing to assert themselves as individuals, with their own understanding of the world.
The history of the Holocaust starts to resonate with the students, once it unexpectedly appears to be interwoven with their own personal stories. 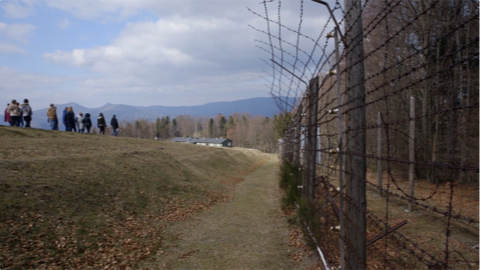