Paul Agnew – here both conductor and stage director – presents his intimate and ‘sacred’ version of Monteverdi’s first opera. In a fine collective spirit, the singers and instrumentalists of Les Arts Florissants participate in the drama on equal terms, mingling in a single set that gives increased prominence to the (masterly) lighting and to the protagonists (overwhelmingly moving in their restrained movements and ex 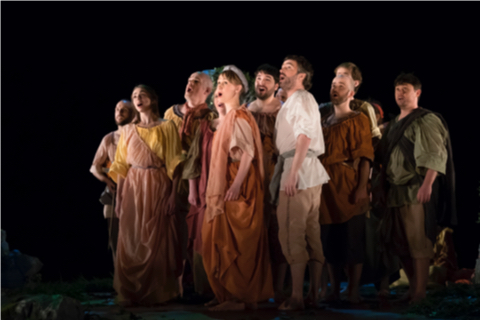