Ma Pauvre Lucette is a unique musical offering, located somewhere between the feverish lyrics of Feu! Chatterton, the spoken word laments of Fauve and the melancholy pop of Stromae. The band was formed by 5 childhood friends who felt compelled to write and compose in order to come to terms with the sudden disappearance of a mutual friend and muse. Since the creation of the group in 2012, they have played numerous concerts (Café de la Danse, Trois Baudets, Granby International Festival in Canada, Francomanias in Switzerland, Inouïs du Printemps de Bourges...) and their second album celebrates hope, wisdom and sincere love. Another trademark of the group is their videos: played one after the other, they comprise a musical comedy / adventure film in which the musicians are the main characters. 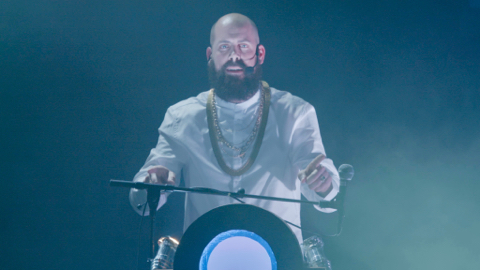