Beyond its autobiographical dimension, this film is the story of a young man who has forced his destiny to live his dream and become one of the greatest jazzmen. At an age when most kids focus on their A level, Marcus Miller was already a prodigy and a well known session musician. Before his 30s he was one of the main producers and had worked with some of the biggest names. His solo career started in the early 90s and 2000 made of him the bass soloist that we now know. At almost 54, Marcus Miller is at a turning point of his career and is now starting to work with the most talented musicians of the young generation. A documentary filmed in France and in the US, featuring interviews and performances with some of the biggest names in Jazz : Larry Graham, Georges Benson , Herbie Hancock, Al Jarreau, Wayne Shorter, Ahmad Jamal, David Sanborn, Kirk Whalum, Lonnie Liston Smith, Lenny White, Kenny Washington 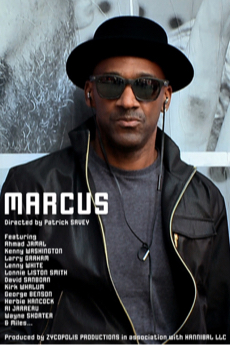