Felix Mendelssohn was 17 when he first read William Shakespeare’s play, “A Midsummer Night’s Dream”. The story inspired him and he composed a sublime score for it... known today as the Overture. Twenty years later, King Frederick William IV of Prussia commissioned Mendelssohn to write a score for a great event combining music, theater and dance. The Overture gives a wonderful musical description of Shakespeare’s magical play. The work begins with pianissimo chords in the wind instruments, but after five bars, this contemplative atmosphere is interrupted by the whirling staccato of the high strings. The chords in the winds return to bring a little of the threatening darkness of the enchanted forest to the dance. But the sun intervenes with a radiant E minor major, only to be interrupted by the heavy dance of the artisans (Bergamasque Dances). After the "hee-haw" of the donkey has been heard and the hunting horns have rung out, the enchantment begins again from the start. 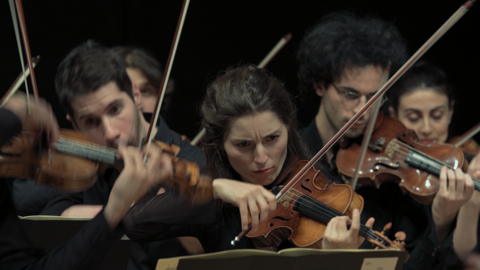