The greatest revolution since the creation of the internet.

What do Snoop Dog, Facebook, Spielberg, Booba, Christies, Jean Claude Van Damme, Adidas, and the INRA have in common?

A digital revolution, which still seems very abstract, will profoundly change our practices and way of life. Hundreds of millions of people around the world already use them every day, and the income derived from them is enough to make your head spin. But what are we actually talking about?

AT THE DAWN OF A REVOLUTION

At the end of the 20th century, the Wachowskis created the “Matrix” trilogy, a neo-cyberpunk manifesto, in which we are all unwitting slaves to a virtual reality, the “Matrix”, imposed by autonomous and all-powerful machines. An ode to the imperfect human and to free will, that would implant in our psyches the myth of another reality, in which we would “truly” be our own masters.

20 years later, in October 2021, Mark Zuckerberg announced to the world that he was renaming his giant Facebook “Meta”, in order to develop a purely digital universe in which we would all have our digital “double”. A new ideal, in which Zuckerberg intends to invest more than 10 billion dollars.

According to Zuckerberg, in 10 years, more than a billion people will be working and playing in his Metaverse

Since then, the subject has been enthusiastically embraced by the media, Google searches for the term have spiked, and the Metaverse has become a hot topic of conversation, even if, deep down, no one really understands much about it.

The term "Metaverse", or the universe beyond the known universe, first appeared in 1992 in the book "Snow Crash" by Neal Stephenson. A parallel and 100% digital world into which the heroes plunge to dismantle a plot against the United States. But it was the film “Ready Player One”, which, in 2018, sketched the most realistic outline of a Metaverse in a prescient work set in 2040. A new world in which anything is possible, seamlessly interwoven with real life, and offering a means of escape from a harsh existence.

Today, the Metaverse has become a reality. Interests have been aroused and appetites whetted. Will the pioneers be the future moguls? The business that could emerge from this is colossal. An economy is being born. But who is pulling the strings of this new universe? What are the risks for our society? What are we really going to gain from it? Hasn't it gone wrong already, with the recent sale of the world’s first 3D virtual yacht for a colossal $650,000?

For 90 minutes, we take you on a journey through the Metaverse, with the people creating it and those who are making a living from it. But watch out! You may be unprepared for what you are about to see… 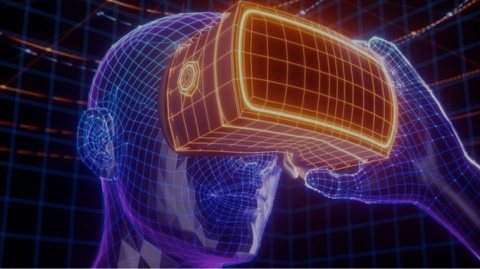