The aim of this animal documentary with a dramatic narrative is to show us the wild animals living in our cities and the reasons for their presence in these urban environments through the eyes of a humanised cat.
Misty is a middle-class alley cat. From season to season, he roams the city in search of different species of urban, wild animals. From rats, mice, magpies and crows, predators and opportunists, flocks of summer swifts, birds from parks and gardens to yellow-tailed scorpions, the many animals that live alongside man, creatures from a biotope with a very specific fauna: the city.
And since the city is a human invention, humans appear in the film, not only through the anthropomorphised eyes of the cat, but in the unobtrusive interventions made by urban animal specialists.
Apart from providing a fascinating insight into the biology and behaviour of wild animals in an urban setting, the film is also an ode to the city, a romantic invitation to discover its every nook and cranny, set to a jazz refrain. 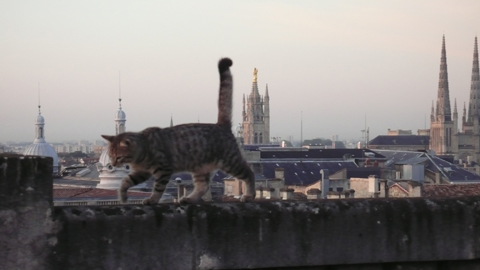