The series honours six female characters in six of Molière’s plays. Women whose freedom often borders on insolence. Women who refuse to accept the place assigned to them by 17th century society. Who upset the social order. Who rebel against the guardianship of their fathers or husbands. Women whose liberation Molière was already advocating...

The independent Celimène in "The Misanthrope" (07min 20sec)

Agnès the ingenue in "The School for Wives" (07min 23sec) 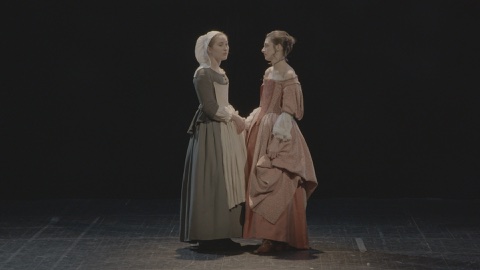