The existence of an oboe concerto, composed by Mozart in the summer of 1777 for Giuseppe Ferlendis, oboist of the Salzburg chapel, played a few months later by Mozart in Ramm, has always been a certainty. But this concerto was thought lost, until Bernhard Paumgartner discovered it in separate parts at the "Mozarteum" in Salzburg in 1920.
Yet it is strictly identical to Flute Concerto in D, K.314, written by Mozart in Mannheim in February 1778 for De Jean. The only difference is the solo instrument and tone, but Mozart merely transpose the Concerto "Ferlendis". 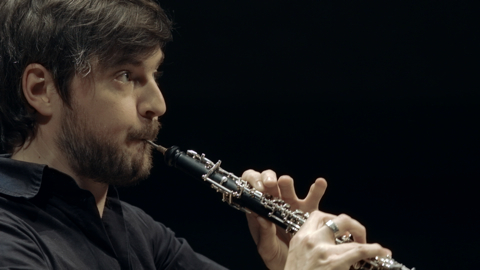