Everyone knows the story of Pompeii, and many films have been made about this legendary place and its tragic fate. But none describe the long and flourishing history of this ancient and hitherto little-known city.

Today, new archaeological excavations are unveiling the final mysteries of Pompeii, and the use of new, high-performance technology is giving us a better insight into the city’s eight centuries of urban evolution.
At last, we can reveal how Pompeii, the pride of its builders, developed, from its origins at the end of the seventh century BC until its last years before the eruption of Vesuvius in 79 AD.

For the first time, this documentary presents the story of a personified city, to which every viewer will become attached. An epic rather than a tragic story. This isn’t a case of following an archaeological excavation, but letting ourselves be gripped by the power of a great historical fresco.
The use of CGI and 3D mapping provides a very clear view of this ancient superstructure, which benefitted from modern amenities and was based on a rational organisation of the urban space. A city that had taken advantage of the Sarno River and access to the Tyrrhenian Sea to become an extremely active port and trading post; a city at the forefront of the arts and the techniques emblematic of the Greco-Roman civilisation; a Roman city in which it was good to live.

Pompeii shows itself in a new light: why did they choose this location? What materials were used in the city’s construction? What sort of urban plans were invented? What were the influences and the public and private architectural requirements and achievements? Which machines did they use? Who were the engineers...?
We invite you to Pompeii 2.0, a journey to the heart of an ancient “motion designed” city ! The approach is totally new! We revive this legendary city with innovative special effects and through accounts by international archaeologists and historians, who put the extent of these latest discoveries into perspective.

The highly visual 3D models, inspired by the opening titles of Game of Thrones, will make it possible to understand the overlapping of architectural elements, the most significant infrastructures and the astonishing and sophisticated techniques that developed over the course of time. Like a board game featuring the city in miniature, the monuments will emerge from the ground, revealing the organisation of the city, the networks and their mechanisms, and the symbols of power at the time.
Augmented reality images will be superimposed over wide shots taken on site, by drones and on the ground, to create bridges between the past and present. What has been hidden and buried for so many years will finally be unveiled! 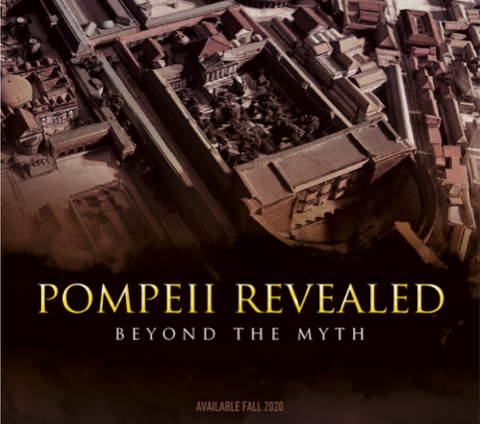