Returning to the stage after an absence of six years, Sébastien Tellier delivers an exclusive performance for the 2020 edition of the ARTE Concert Festival.

The most famous bearded artist in French electro pop presents new arrangements of his hit songs, as he does on his latest album, Simple Mind, which features pared-down, acoustic versions his greatest tracks ("Divine", "L'amour et la violence"…).

On his own or with his band, the unruly cousin of the “French Touch” welcomes several surprise guests to the stage (a singer, a saxophonist, an experimental cellist), as well as Juliette Armanet, who joins him for a duet on "La dolce vita" by the late singer/songwriter Christophe, who died on the 16th April 2020.

Specially re-worked for the event, these reinterpretations are sometimes intimate, sometimes explosive, but always captivating. 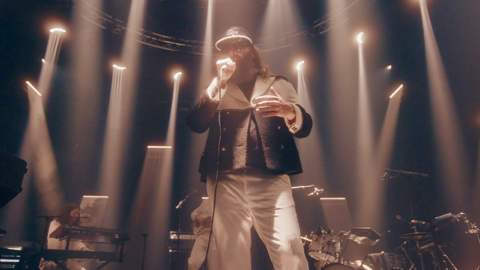