We don’t know much about them, except that they embody the new British Indie rock scene. With their name setting the tone and their clean-cut appearance, on paper the London quintet seems like a contradiction.

Live, however, there’s no doubt: these young men (their average age is under 20) are there to do battle with their audience who, like them, is overflowing with energy. The result is a spectacular show, in which the five band members fling off their beautiful tweed jackets, rip off their shirts, make their guitars wail and leap off the stage to physically embody the music they play: punk, raw and yet melodic, the anger of British youth and also its inherent melancholy. 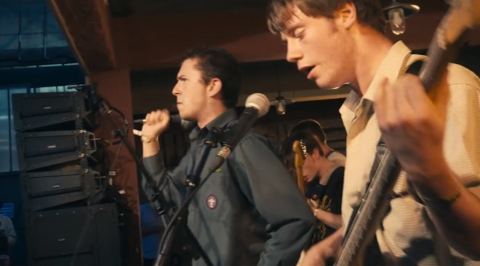