The American composer Steve Reich is known to be one of the pioneers in the field of minimal music. This branch of the classical music is born in the 1960’s in the United-States and is based upon the repetition as composition structure. Steve Reich himself, to interpret some of his most famous compositions (such as “Clapping hands”) joins for this concert the Estonian-American director Kristjan Järvi and the MDR Leipzig Radio Symphony Orchestra and Choir.
Recorded at the Salle Pleyel in paris. 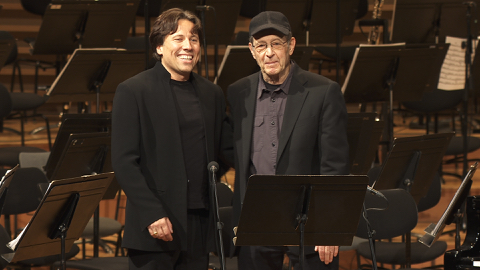