In the 1970s, a hit soap opera broadcast on the leading Russian state channel, "17 Moments of Spring", served up Soviet propaganda during the Cold War. Stierlitz, the hero of the series, became incredibly famous in Russia and was the antithesis of James Bond, who promoted Western values.
Through this work of fiction, our documentary throws the light on an important and often ignored episode of the end of WWII: The Sunrise Operation, a serie of negociations between the Allies and German representatives to organise the capitulation of German forces in northern Italy. Wary, Soviet authorities saw in these negociations a sign that the Americans sought a seperate peace with Germany. A moment which can be seen as a prelude to the Cold War. 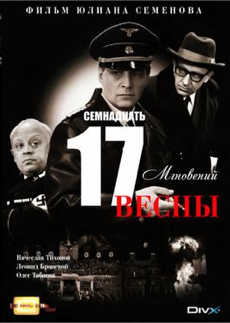