December 1989. The Ceausescu regime collapses. The world discovers the horrible extent of this dictatorship, especially images showing hundreds of thousands of children confined and abused in orphanages. Marion is one of these orphans, a devil’s child, as she calls herself. A French couple adopted her when she was 6 years old. Today, at the age of 37, she has just given birth to her first child; this event brings her back to her own past, when she was abandoned the day she was born.

From 1966 to 1989, Nicolae Ceausescu’s Romania led a violent policy to support a rising birth rate. The tyrant’s purpose was to double the population and to establish the state authority on families. Prohibition of abortion, contraception outlawed before the fourth child, tax on couples without children... Immediate effect and a slogan which will be engraved forever in Romanian collective memory: Make babies, the government will take care of them. For years, the dictator’s voice and face were everywhere: he was the Nation’s father. The only father figure for thousands of children abandoned by poor families. More than 100,000 children went through the orphanage of the dictatorship. Thus, Romania became sadly famous for its orphanages, also known as casa de copii (children’s homes). 25 years later, Romania still struggles to heal its wounds.

Marion wants to retrace her past, along with Elisabeth Blanchet who has photographed Ceausescu’s orphans. We will follow her in her quest, in a road movie across Romania, as the country prepares to celebrate the 25th anniversary of the dictator’s fall. 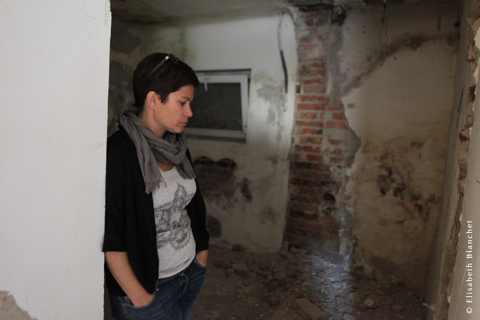