In the heart of the Amazon rainforest, trees conceal the longest French border, running between Guyana and Brazil.
A border as impossible to spot from the sky as it is from the ground. Here, there is no river or barbed wire to represent it physically, just 7 concrete boundary markers, planted in the 1950s, to substantiate it over more than 320km.
At this time of geolocation and ultra-precision, an expedition composed of scientists and French Foreign Legionnaires has been organised to accurately determine the route of the longest border on French territory.
To achieve this, they have no alternative but to walk, as in the days of the first explorers, the entire demarcation line.
A real adventure coordinated by the French Foreign Legion, one of the few army corps able to adapt to the dangers of the humid equatorial forest, one of the most hostile environments for man. 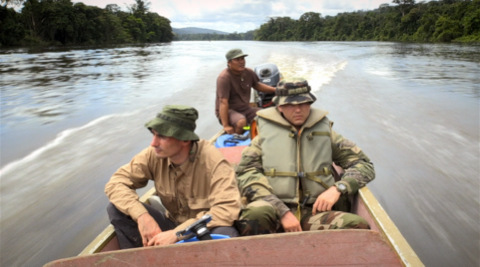