A combination of folk, country and rock, The Lumineers’ music is, in itself, a distillation of America. Originally from Denver, Colorado, the trio, formed by guitarist Wesley Schultz, drummer Jeremiah Fraites and multi-instrumentalist Neyla Pekarek, found themselves in the limelight in 2012 with their hit "Ho Hey".

On November 20th 2019, they presented their 3rd album, entitled III, to the public at the Zénith in Paris. Darker than their previous opuses The Lumineers (2012), and Cleopatra (2016), the thirteen songs comprising III tell the tragic tale of the Sparks family, a lineage plagued by its addiction to alcohol. 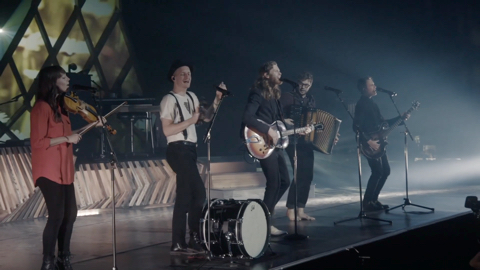