At the very heart of the system Marine Le Pen. Coline Tison unpacks the various stages of the party’s attempts to un-demonize the National Front’s image. Since 2011, when Marine Le Pen replaced her father as the leader of the party, the National Front has undergone a serious makeover. The old dogs of the National Front (Lorrain de Saint-Affrique, Bruno Mégret, and Jean-Marie Le Pen himself) have been moved by the way in which Marine Le Pen (supported by Florian Philippot) has tried to make the National Front a respected party. But the party’s radical roots are still there. Still as uninhibited, and still as provocative. Among those in the immediate circle of the president, there are some GUD elders (GUD is an extreme right student organization) as well as multiple members of the Identity Bloc movement. In private, their comments are still as violent, racist, homophobic, and anti-Semitic. This is not a shocking revelation: the sulphurous reputations of Frédéric Chatillon, Axel Loustau, Philippe Vardon, and even Benoît Loeuillet are well known. As the first round of presidential elections approach, this is a worthwhile reminder of the National Front’s extremist face. 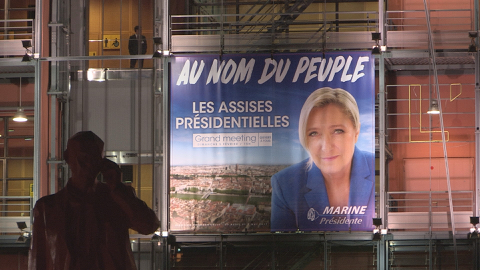