Today, the mention of the name “Tahiti” inevitably conjures up pictures of a dream world. These tropical islands are by no means ordinary, and continue to fuel our collective imagination. But at this moment in time, caught between French rule and independence, between tradition and modernism, the Polynesians are having to ask themselves new questions. One of these concerns tourism, which exposes certain contradictions. In order to explore this Oceanic country, preserved by the West in a cocoon of fantasy, this documentary takes a cruise in the company of two great travelers, who will be our guides, acting as intermediaries between the tourists who come here in search of a corner of paradise, and the islanders who, in general, only give us a glimpse of their real selves. This voyage through the Society Islands between Bora Bora, Tahaa, Raiatea and Hua Hin, is described in the style of a travel journal, in which each stage is an occasion for a reflection on tourism and its problems. 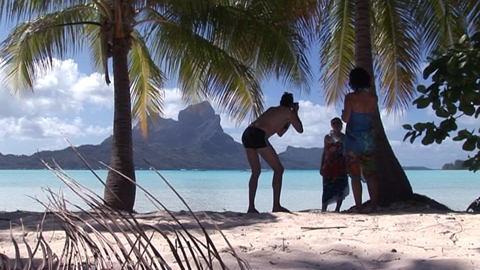