After a few years in politics, Youssou N’Dour celebrates his comeback on the mythical stage of the Bataclan. A regular visitor of the parisian theater, the mbalax legend has presented his new album afrika rekk (africa, period). In the company of many guests, like Angelique Kidjo, he interprets his ageless standards and offers new titles from his 34th album like “money money”, where cuban influences recall the golden age of west african music.
Youssou N’Dour indubitably gave a voice to a whole continent. After a carrer of almost 30 years, legendary duets and many awards (including a grammy), the senegalese singer has nothing more to prove. 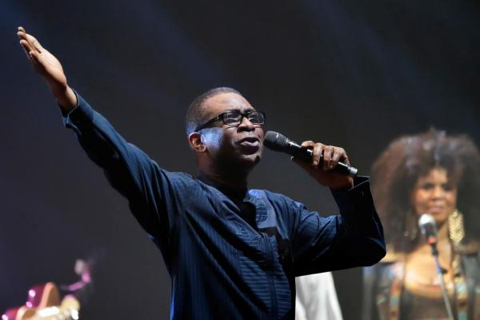