This Lebanese artist with his prolific output (film music, ballets, concertos, symphonies...), a recognized “Unesco Artist for Peace" for his commitment to his country’s musical heritage, has set himself the task of reviving the spirit of Middle Eastern music. By way of mixing cultures, Marcel Khalifé plays here with his two sons, Rami and Bachar, and the l’Orchestre National d’île de France. 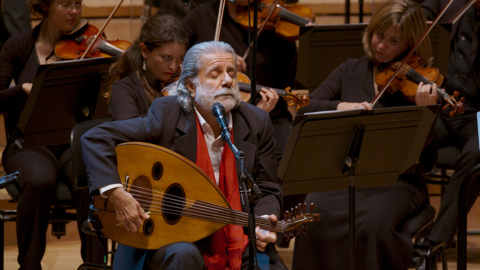