With his world tour cancelled due to COVID, Gilberto Gil invites us to an acoustic concert in the garden of his residence in Araras, where he and his family are spending lockdown. He is accompanied by his two sons, Bem and Jose, his daughter Nara and her 11-year-old granddaughter Flor, whose big voice contrasts with her small stature. The concert begins in the light of a tropical autumn day and ends at night... A unique, intimate and exceptional show!
Performed without an audience but under live concert conditions, the performance is aimed directly at the viewers, thus strengthening Gil's intimate relationship with his audience.
Concert recorded on June 13th, 2020.
Musical direction: Aldo Brizzi.

Seen as one of the fathers of Brazilian popular music, Gilberto Gil was Minister of Culture twice (2003-2008). He is nicknamed "One of the three living Gods" along with his fellow activists and travelling companions Caetano Veloso and Chico Buarque.
Gilberto Gil has recorded more than fifty albums in which he weaves musical bridges between Brazil and Africa, Bahia and Black America, widening the sound field by combining Black pop from the United States with Funk Carioca and incorporating regional rhythms from Samba and Choro to the modernity of bossa nova, an implacable and poetic protest movement against dictatorship. Gil’s music is an intimate, fragile and festive art. 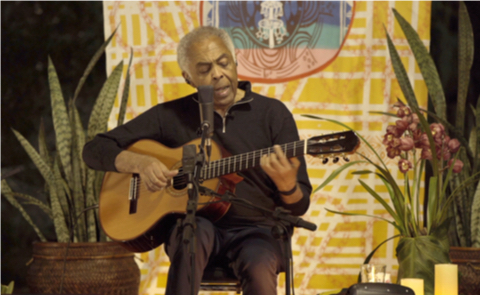