They are the descendants of an ancient world. The last survivors of a religious denomination, sometimes described as sectarian, which shapes their traditional way of life.

They are called Mennonites, and they are at war with the modernity that threatens their existence. Present throughout the world, Argentinean Mennonites are renowned for being the strictest and most difficult to access. This is an immersion in timeless territory.

The Mennonites established colonies on four continents while remaining under the radar, out of sight. A community that started with a handful of individuals in a German village in 1520 and whose diaspora, 4 centuries later, numbers 2 million followers.

This micro-society, founded on religious principles, which have so far resisted the onslaught of human evolution and industrial revolutions, is now truly threatened. Their way of life and their values ​​are about to be transformed, if not annihilated, under the action of a modern globalised world. From being colonisers, the Mennonites are on the way to being colonised themselves.

There is, too, an inevitable quasi-biblical struggle for a community founded on respect for the Sacred and the observance of Manichean principles. This struggle of Good versus Evil that governs the Mennonite philosophy of life finds a concrete application in the 21st century: the clash between their traditions and ascetic way of life, and the temptations of a more comfortable existence. The Mennonites’ struggle can be summed up as follows: can the spiritual still win over the material in our time? 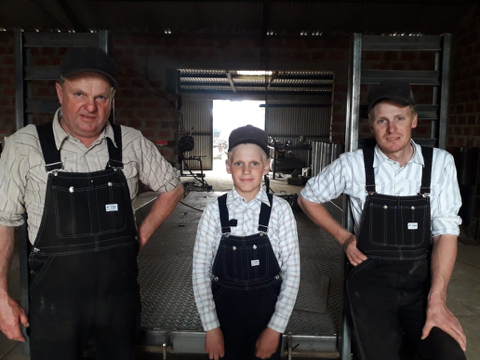