This is the story of a long-awaited encounter: the tale of the adoption of a 10-year old child who will have to make peace with his past.
It is a film that tells the story of a same sex couple, whose desire to become parents is severely put to the test. After battling for years, Philippe and François finally become fathers. But for them and for their son Renan, the road to becoming a successful family is long and littered with pitfalls.

Adopting an older child is a singular adventure.
Renan was born in Brazil. He never knew his father and lived with his biological mother until the age of 6. Placed temporarily in an institution, Renan and his older brother, Felipe, were soon abandoned by their mother, who never came to see them at the orphanage.
Felipe developed a psychiatric disorder and Renan kept him at arm's length. Passionate about maths, cycling and football, Renan’s one wish, repeated a thousand times, was to find a family.
Philippe and François, whose honesty commands admiration, make no secret of their difficulties and their doubts. They know that they are entering uncharted waters.

Coming to collect their child in Brazil, the two fathers know that, for Renan, adoption means giving up a great deal. By agreeing to leave his country, the boy knows that he will have to leave his brother, who is too fragile to be uprooted.
Just as he chose his own destiny, Renan sets his own pace, fully involved in the direction his life is taking, and in the film... 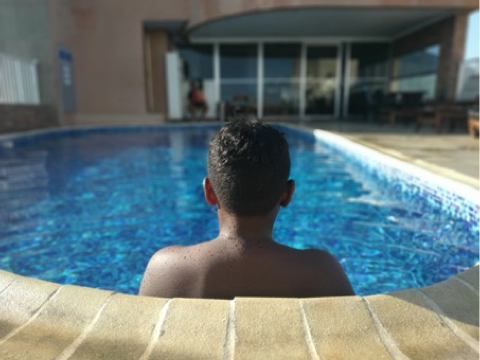